The past and the present are closer than you think. 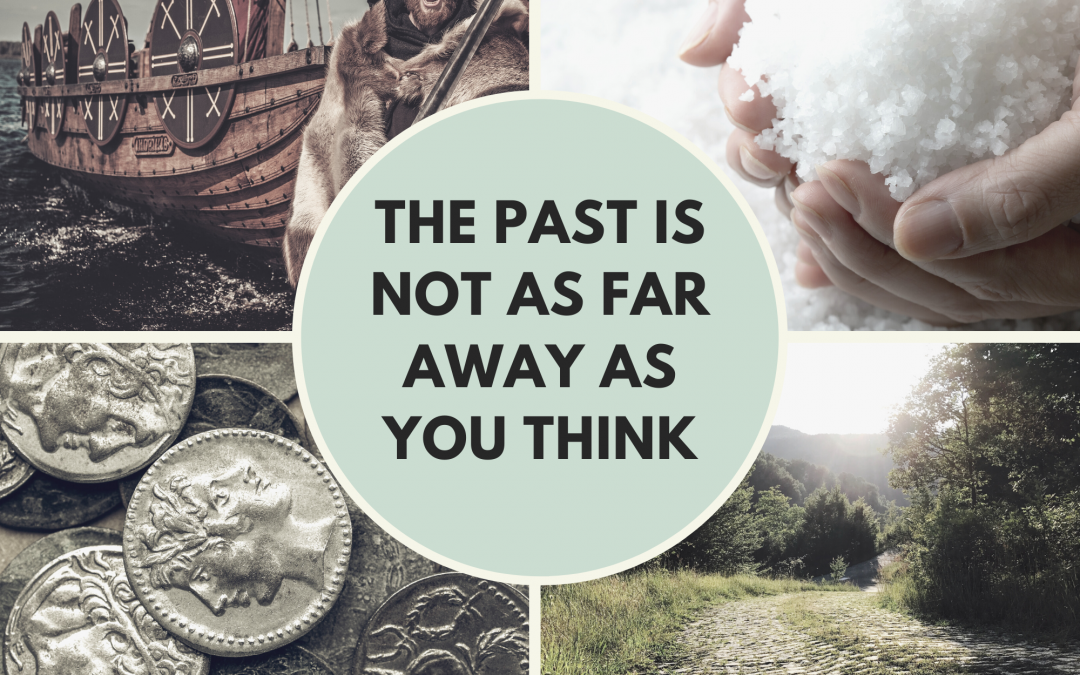 Here we are in the impossibly science fictional sounding year of 2021, where people have more computing power in their mobile phone than Mission Control in Houston had during the moon landings.

We ought to remember that everything we have today, language included, only exists because of what was transmitted down through the centuries.

The modern standard railway gauge is derived from the width of Roman roads, built so that two wagons could pass.

The ruts from those wagons were measured by the first steam engine inventors and used for the width of the rails their engines would use, and which is still in use.

Up until decimalisation, the British system of pounds, shillings and pence has their origins in Roman coinage, featuring the Libra, solidus, and denarius (hance the L, S and D contractions).

The months of the year – utterly Roman in origin.

The Roman year only had ten months, with the first, May (Martius) being named by Romulus, the legendary founder of the city after his own father, Mars, the god of war.

The days of the week come to us from the Viking invaders of Britain and Ireland – days for the sun and the moon, as well as the Norse gods Tyr, Oden, Thor, and Frigg.

Saturday seems to be the only day to keep a Roman name, after the god Saturn.

This may be because the Viking name was Laugardagr, which possibly means bath day. And Angles, Saxons, Picts, Scotti and Hibernians were never terribly keen on baths.

Also knife, slaughter, and die, but that’s another, rather bloodier story.

Anyway, they’re all peaceful social democrats now, and their main export is moody crime dramas rather than boatloads of homicidal maniacs bent on slaughter (see, I told you it was a useful word).

Recently was part of a study group at my synagogue when we struck a fascinating Hebrew metaphor which is still in use today.

It referred to sailors as “Ha malachim” or “The salts”, which immediately put me in mind of the English expression “old salt” referring to a veteran sailor.

But it’s just not so. The word “malach” arrived in Hebrew, via Aramaic, from Akkadian, which in turn had borrowed it from the Sumerians around 4,000 BCE, the very dawn of recorded history.

The word actually had two elements, – ma, meaning “ship,” and lax, meaning “to drive” or “to move”, so a “malach” was someone who helped move a ship.

Nothing to do with salt at all!

Although to this day we say a good worker is “worth his salt” because that’s what Roman soldiers were paid in.

See? he past is never really gone.

And if you’ve been in pandemic lockdown too long and haven’t had a bath or shower for a while, maybe Saturday would be a good day to have one.

Thank the Vikings for the suggestion.