Taking a tour in someone else’s life 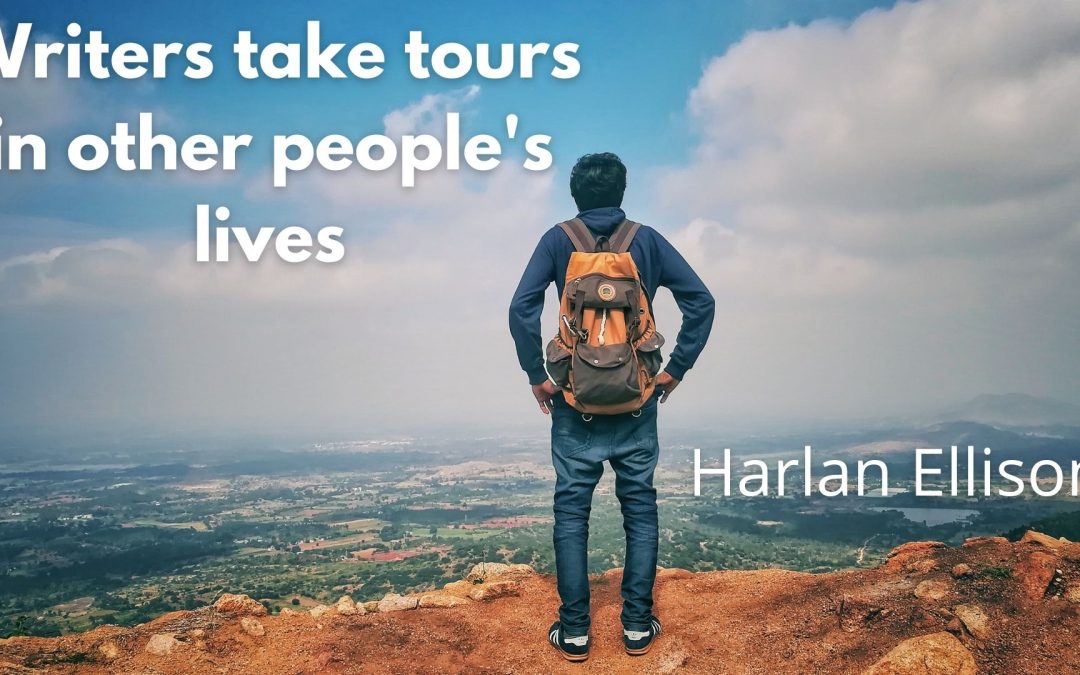 It’s probably a good thing he made the comment years ago, before accusations of cultural appropriation were a thing, because nowadays you can have your career destroyed for doing precisely that.

For some reason the Young Adult fiction genre seems particularly obsessed with forcing writers to “stay in their lane” and not write about characters of different races, genders or backgrounds.

Which, as Harlan Ellison persuasively argued, was the entire point of writing – it allows you to imagine other people, other experiences, other viewpoints than your own.

Let me give you a case in point, not from fiction but perhaps unexpectedly journalism.

For many years I was a reporter specialising in covering the Pacific Islands, which I can tell you has it’s share of problems and issues and is perhaps not entirely the idyllic tropical paradise of the travel brochures.

I once did an interview with a political leader in a country where belief in the invisible spirit world was rife, leading to accusations of sorcery and occasional murders of people suspected of using black magic to cause someone’s death.

There had been just such a murder on an island in this country, in which local church pastors had incited local villagers to lynch two suspected witches.

This political leader, a former cabinet minister who had represented his country on the international stage, was explaining to me that this was of course terrible and the government needed to ensure it never happened again.

Then I asked the obvious question “What should be done?”, and that’s when the interview went completely sideways into the realm of the bizarre.

“The government should pass a law making sorcery a crime, that way we can have them arrested, tried and executed legally without anyone needing to take the law into their own hands” he replied, perfectly calmly.

My day in the newsroom had been going quite normally up until that point, and now here I was conducting an interview with a madman.

But as I questioned him further, getting him to talk about the way many people in his country regard the spirit world, the more I realised it was important for me to ensure his views were included in our coverage of the issue.

Sure, my initial response was to bin the interview entirely because everything he was saying was obviously crazy, but O realised it was simple common sense from his perspective.

To do something about sorcery related violence, people would have to understand the way people like this leader thought about it, and that meant taking a tour in his life.

To understand is not necessarily to agree with or condone, but it’s an essential step in coming to grips with something unfamiliar.

I did end up using this interview in the finished current affairs item and was happy it gave listeners an insight into the very powerful and real cultural beliefs that underpinned the issue.

Writers need to take tours in other people’s lives, and so do readers, otherwise we stay in our lane so much we can’t come to grips with other ways of experiencing the world.

And everyone will end up the poorer.